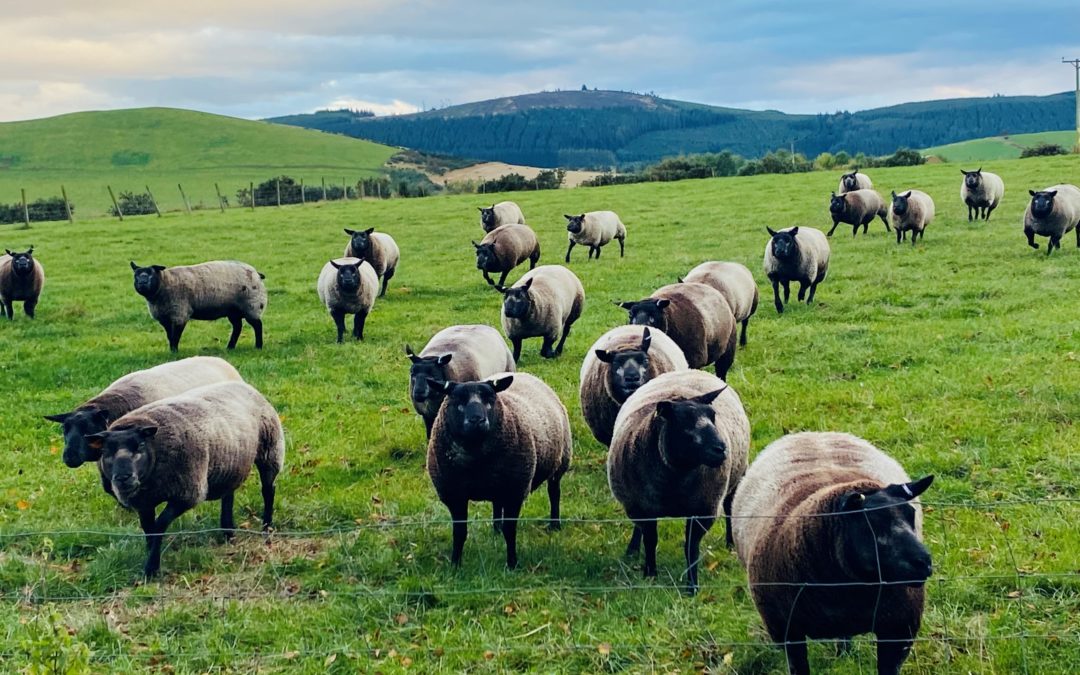 “I wanted to get into breeding Blue Texels because they are nice looking sheep and sensibly priced at the time for a hobby,” says Deborah.

Deborah won male champion at Turriff in 2019 with her tup lamb who then went on to sell 3400gns at Carlisle.  This year she hopes to impress with her show team comprising of one aged tup, one shearling, two ram lambs, two gimmers, two aged ewes and two ewe lambs.

With the Blue Texel classes new to Turriff show in 2019, this is only the second year they have featured, however, the section has become the biggest at the show this year with 63 entries.

“I think the breed has grown in popularity over the years because of their quality of carcass, easy to flesh, easy to handle and easy to lamb.  They are now quite popular commercially whereas before they were less well known.” 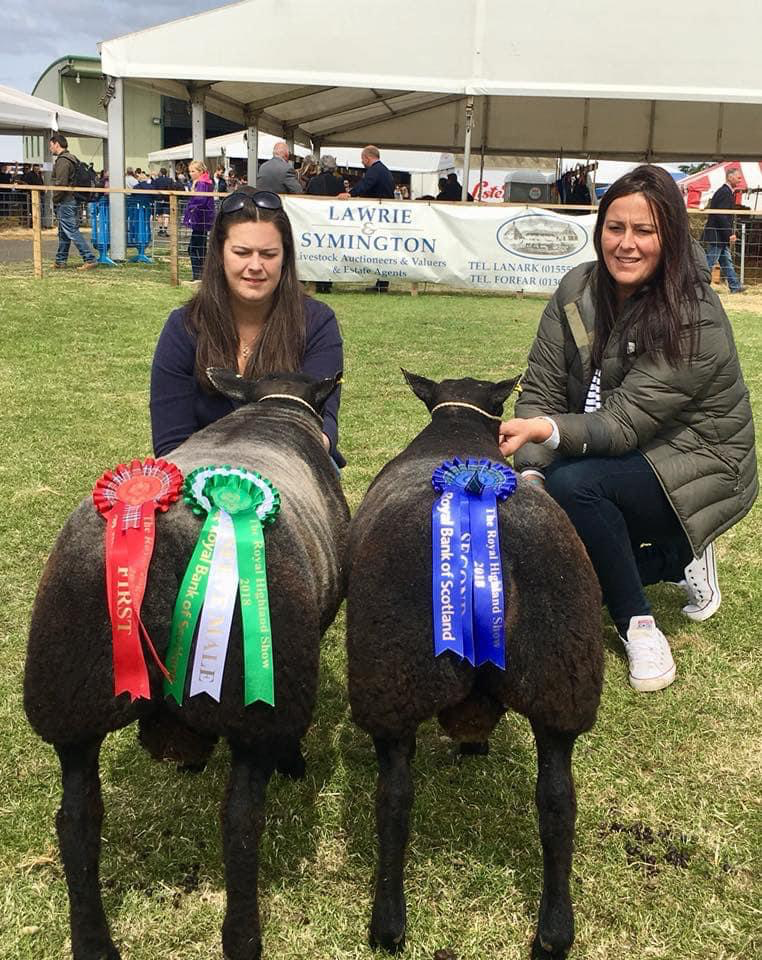 Deborah (right) with friend Tracy Cruickshank at the RHS

Deborah is looking forward to competing at Turriff again this year and feels it is important to support local shows like Turriff.

“A lot of time, effort and volunteering goes into making sure the show goes ahead and runs smoothly so if you can show, then I think you should.  Showing is my hobby and the reason I got into breeding the Blue Texels, it’s great for promoting my flock and the breed.”

Deborah wants to continue breeding the best quality of Blue Texel that she can and continue to promote the breed through her love of showing – which she says is the best bit.