Laine Daff – A leading lady in her field 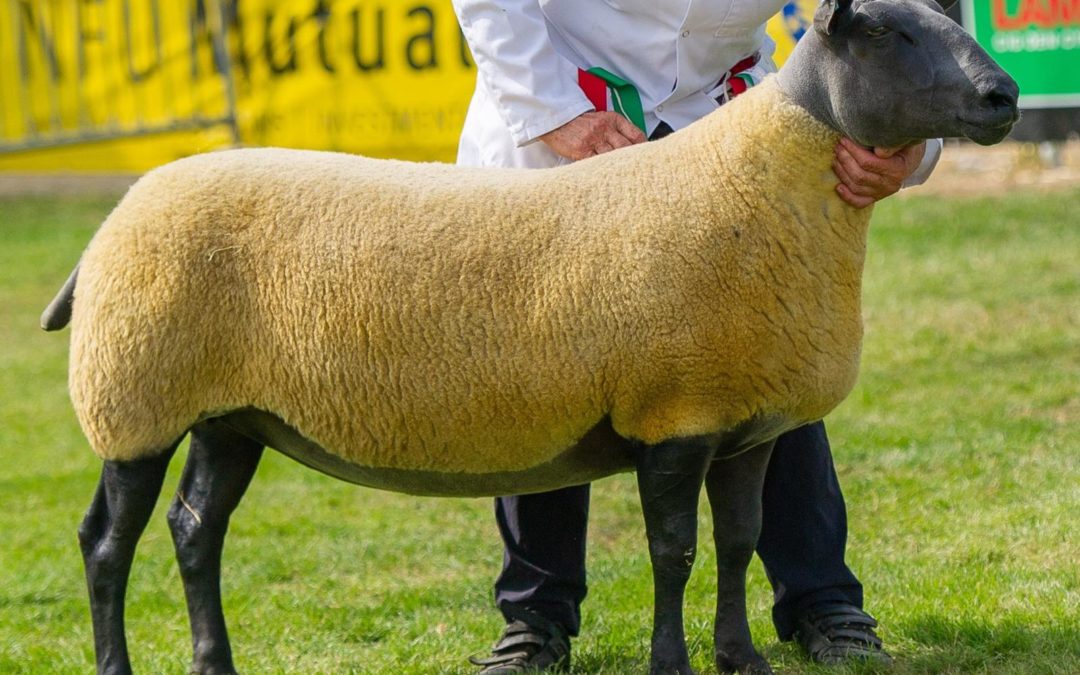 Approximately 200 miles North from her home in Uplawmoor, Renfrewshire, Laine Daff has never doubted returning to Turriff Show with her Bleu Du Maine flock, after two previous years of success and warm welcomes.

“Turriff Show is an example of how agricultural shows should be run and is rising on par with some of the best. You couldn’t wish for a better show in terms of organisation and the display of sheep exhibited across the board is phenomenal,” says Laine.

The National Bleu Du Maine show will be held for the first time at Turriff this August, having previously been held at the Yorkshire, Three Counties and Royal Highland Show. This is the first exhibit in the country that will have classes for Millennium Bleu’s; a new breed which began to develop in 2000 and is a cross between a Bleu Du Maine ewe with a Texel or Beltex ram.

“I’m on the council and suggested we use Turriff because it’s the only other show except the Highland that has Bleu Du Main classes in Scotland.”

Laine has bred her distinctive Greenside flock of 20, independently for ten years; a rare breed, renowned for their maternal ability. She has had victory in various show rings over the years, including the Reserve Male Champion title at the Royal Highland Show this year. Laine also won 2018 championships at the Welsh, Yorkshire and Turriff, with one of her ewe’s, as well as winning Turriff Show in 2017 with an aged ewe.

“Nothing beats going home with a red ticket winner in your float, although it’s nice when success gets shared about and seeing everyone congratulate each other, no matter who wins,” adds Laine.

With approximately ten Bleu Du Maine breeders across Scotland, in areas including Dundee, Aberdeen and Lanark, Laine looks forward to competing against and socialising with fellow sheep enthusiasts at this year’s national show.

Having lived at Greenside Farm since 1987, she has always held a passion for breeding sheep, which stemmed from her days at Plumpton agricultural college in East Sussex. She believes it is crucial to encourage the youth, to ensure breeding and exhibiting at agricultural shows continues to flourish. Her advice to budding young breeders is:

“Go along to shows like Turriff, ask questions, and whether you get them this year or the next, keep going back. Get to know your sheep and visit different breeders, they will all be very welcoming.”

Laine also encourages anyone interested in getting involved with the Bleu Du Maine society, to have a look on their website http://www.bleudumainesires.co.uk/

We use cookies to ensure that we give you the best experience on our website. If you continue to use this site we will assume that you are happy with it.Ok